Home > Cannabis Investing > Beyond the Bong > Senior Marijuana Use Doubles

After last week’s series of turbulent sessions, the number of Americans looking to calm their nerves with a couple of puffs could be on the rise.

We just survived the fastest correction in market history.

Not to mention the largest single-day point drop ever!

It was the worst week in a dozen years for investors.

The Dow Jones Industrial Average shed 4,000 points in a matter of days. 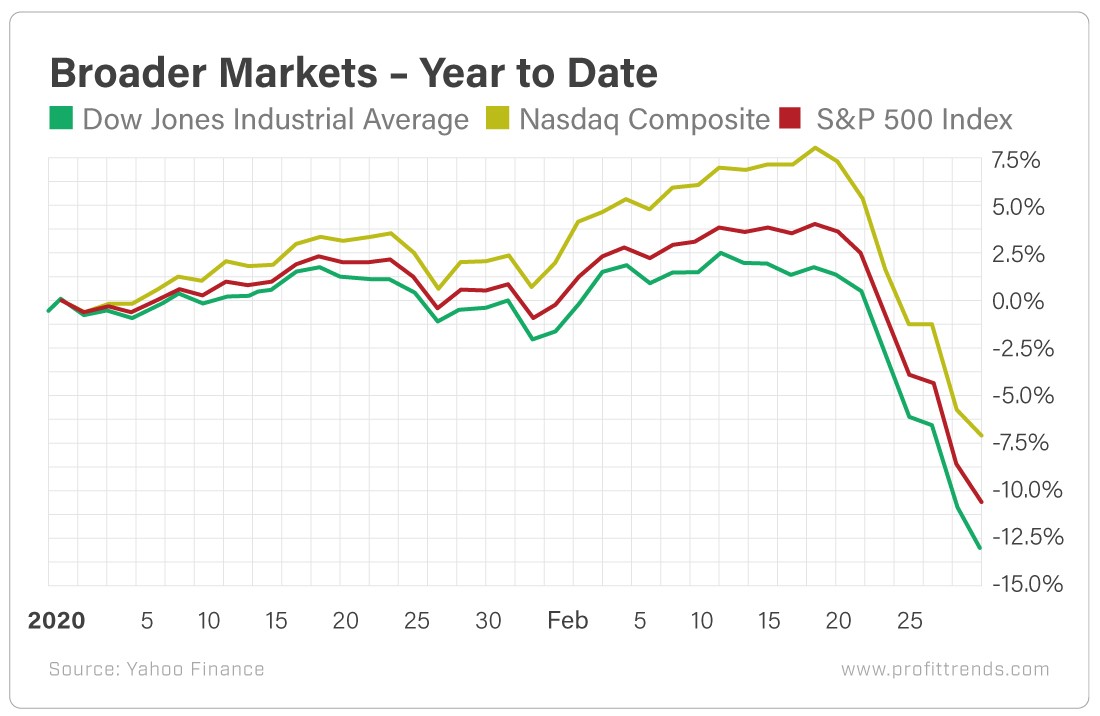 The Nasdaq and S&P 500 cascaded lower. And now all three of the major indexes are deep in the red for 2020.

Fears of a coronavirus pandemic suddenly leapt to “ludicrous speed.” 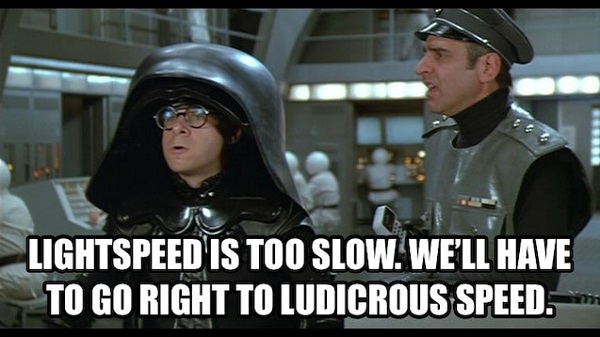 But if you sat on the sidelines in 2019, missing out on gains, you’ve been granted a redo. Take advantage of that opportunity.

Now, pot stocks were hit just as hard as anything else. And we saw new 52-week lows from a slew of companies.

But buried underneath all that wreckage was some interesting data from JAMA Internal Medicine.

Women 65 and over increased their pot use 93%, while married seniors saw their use double.

The primary reason for all this growth is one we’ve covered here many times before – chronic pain management.

In the fight against the opioid epidemic, cannabis has emerged victorious as a safe, effective alternative.

More and more states have joined the medical legalization movement. Today, 60% of the U.S. population lives in a state where marijuana is legal in some form.

But the growth in seniors lighting up – especially the leading-edge baby boomer group – is also being driven by familiarity. They smoked weed back in college or high school. And it’s something they feel comfortable trying again.

Now, there are still far fewer seniors than young people using cannabis. For instance, roughly 22% of 18-to 29-year-olds partake in marijuana in one form or another.

But we are seeing a rapid adoption among older Americans as cannabis becomes more accessible and is a proven pain management treatment. Especially for those with just one chronic ailment.

As I’ve said over the years, the recreational market grabs headlines, but the medical market is making real inroads. There are tens of millions of Americans looking for pain relief.

Cannabis and CBD offer just that. And as use expands among seniors, sales will soar!

Below are our High Five, where each Monday I cover the five pot stocks I believe will make major moves – up or down – in the week ahead.

Wall Street is looking for a 256% increase in revenue to $55.38 million. But the Canadian licensed producer’s loss per share is projected to expand to $0.35.

Tilray has missed analyst estimates for four consecutive quarters. And shares hit new 52-week lows on Friday. The company also previously announced it was laying off 10% of its workforce.

2) Canopy Growth Corp (NYSE: CGC) will be under the microscope this week, along with the rest of the Canadian producers, due to Tilray’s earnings.

Shares tumbled 13.2% last week. That’s far from the worst performance in the sector. But they’re now at their lowest level since November 2019.

3) Aphria (NYSE: APHA) set new 52-week lows on Friday. But the company is forecasting CA$600 million in revenue this year and the consensus price target is $6.83 – more than double from where shares are currently trading.

5) OrganiGram Holdings (Nasdaq: OGI) shares are hovering above 52-week lows. Though the company rolled out its Edison Vapes and Edison Bytes last week. And shipments of chocolate and dissolvable powder products will begin soon.

It’s been a difficult year for the broader markets. And the Horizons Marijuana Life Sciences Index ETF (OTC: HMLSF) – along with many of this week’s High Five – set new 52-week lows on Friday. 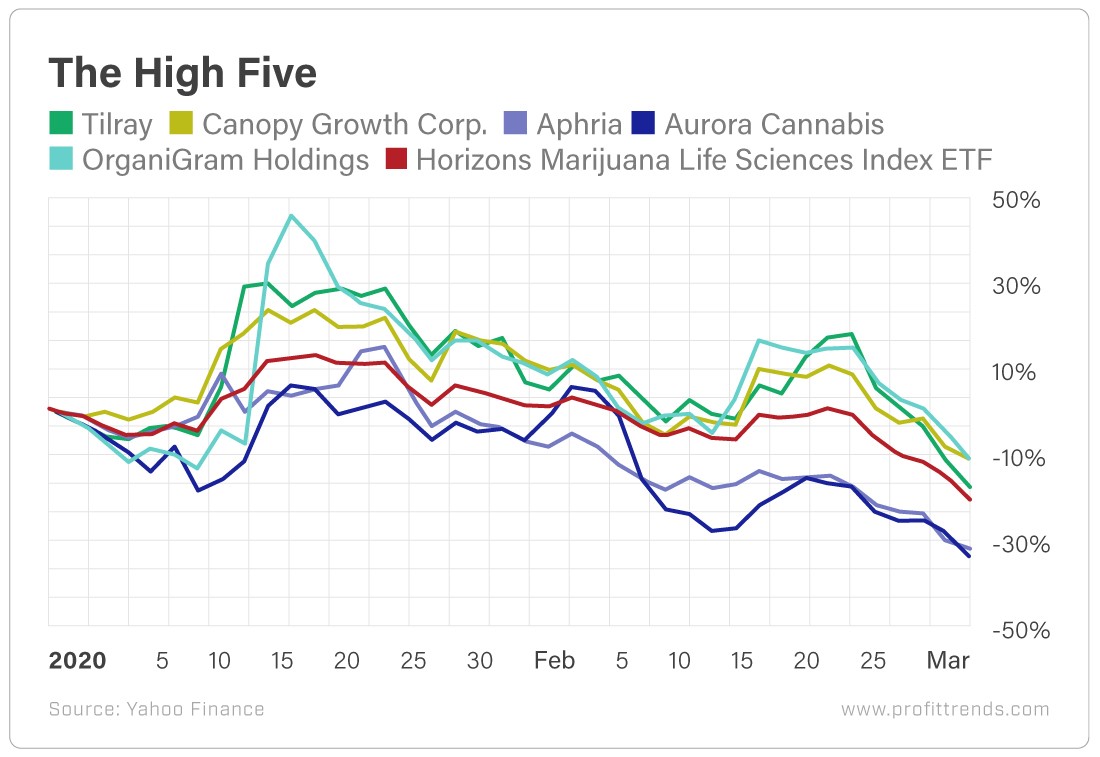 Canopy Growth, OrganiGram and Tilray are outperforming our benchmark in 2020. And these three were enjoying a solid start to the year… up until last week’s historic sell-off.

And the Canadian producers keep facing obstacles. We had the scandals last year, the mass exodus of CEOs and executives. And the sector hit a pothole again last week when Cronos Group (Nasdaq: CRON) announced it was delaying financial results.

Investors need some good news to reignite the early 2020 rally. Especially with the broader markets being hammered so hard.

6 Pot Stocks at Risk of Being Delisted

The One Cannabis Investment Hedge You Need in This Market Crash