Facebook Keeps Its Crown Despite Month in the Red

The social media platform everyone loves to hate is having a no good, very bad month. 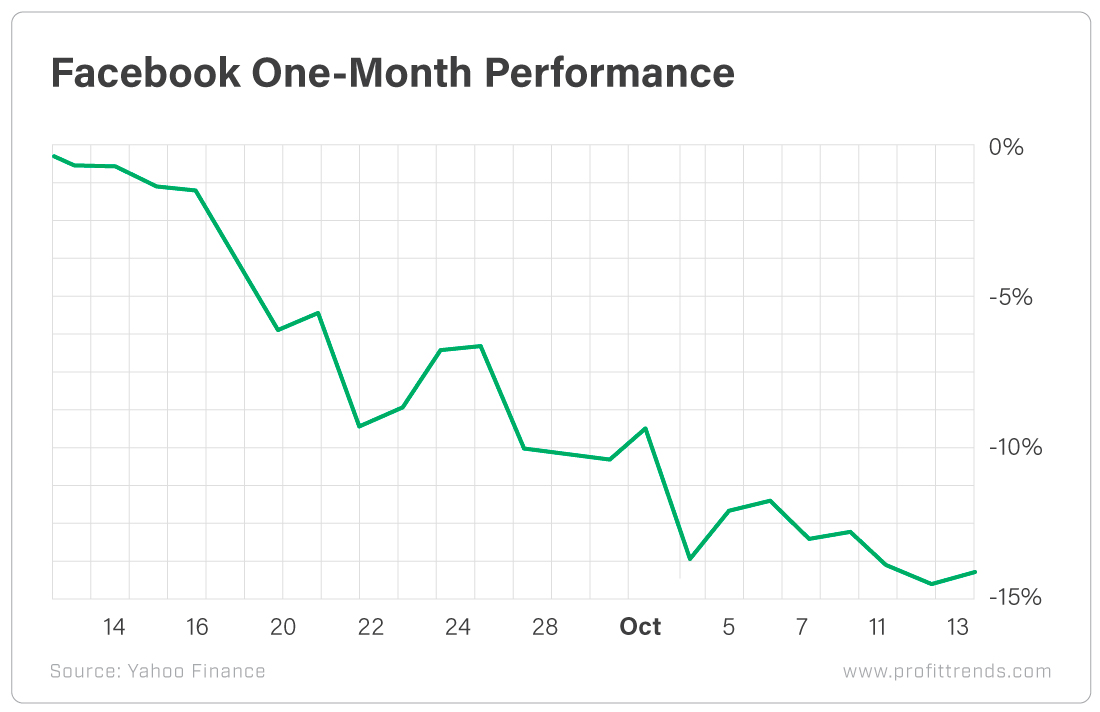 At first glance, this looks like the slippery slope of scandal.

The Most Eligible Player

Based on year-to-date returns, Facebook has consistently been in the middle of the pack.

It’s still the only one in the group sporting an “Undervalued” rating. 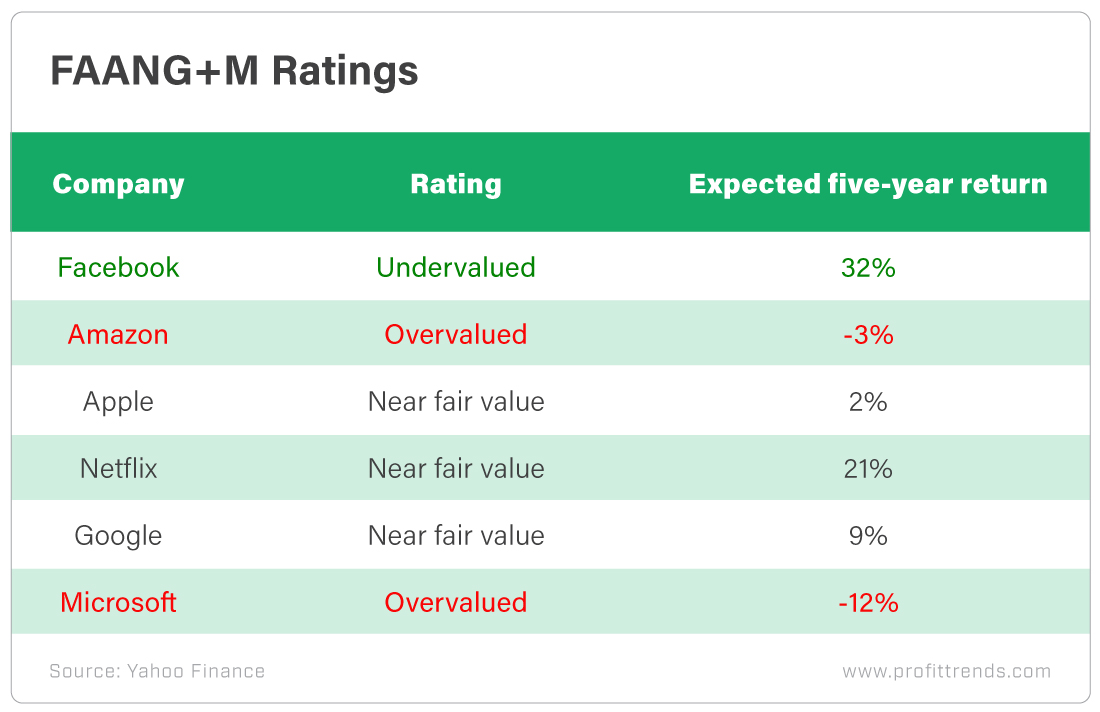 Amazon and Microsoft are currently labeled “Overvalued.” This means their prices are double or triple their fair values – what the prices should be based on earnings and growth.

Based on current metrics, these two are expected to produce negative returns over the next five years.

Apple, Netflix and Google are “Near Fair Value” – meaning their prices are slightly higher than fair value, but the stocks are more or less well-priced. They’re expected to produce modest gains.

Facebook – on the other hand – is considered “Undervalued” right now. This means its fair value is actually higher than its current price.

It’s the only one in the group that is expecting a more than 30% return over the next five years. This is the kind of growth we like to see at Profit Trends.

And Facebook continues to be the only one of the Nasdaq’s top 10 most heavily weighted stocks to be considered undervalued.

There are plenty of reasons to remain bullish on the ‘Book.

For one thing, its daily active user growth has remained strong and steady at around 79%. It has reported consistently strong average revenue per person. And its advertising algorithm has proven to be effective at monetizing current users.

Additionally, Facebook is a key player in improving global Wi-Fi access. Though this is a huge undertaking, it would potentially double the platform’s addressable market.

Facebook also owns Instagram and WhatsApp, two popular social media watering holes that are helping the company touch every corner of the internet.

But the biggest reason to remain bullish on Facebook is that it’s so much more than a social media company. It’s an aggressively innovative multimedia marketing trailblazer. And the consensus on Wall Street is that more growth is coming.

In the short term, Facebook will continue to see some ups and downs. Founder and CEO Mark Zuckerberg is a regular face in Congress at this point and isn’t in the clear yet.

But it’s not often that we see a blue chip so reasonably priced – especially one of the FAANG+M stocks, which are notoriously overinflated.

Investors should look beyond Facebook’s short-term volatility and focus on its long-term prospects.

P.S. To read other articles that I have written, click here.

The Buy Signal Every Investor Needs to Act On

Are Options a Safe Investment?

Is May the Market’s Most Misunderstood Month?